Our Visit To Santa 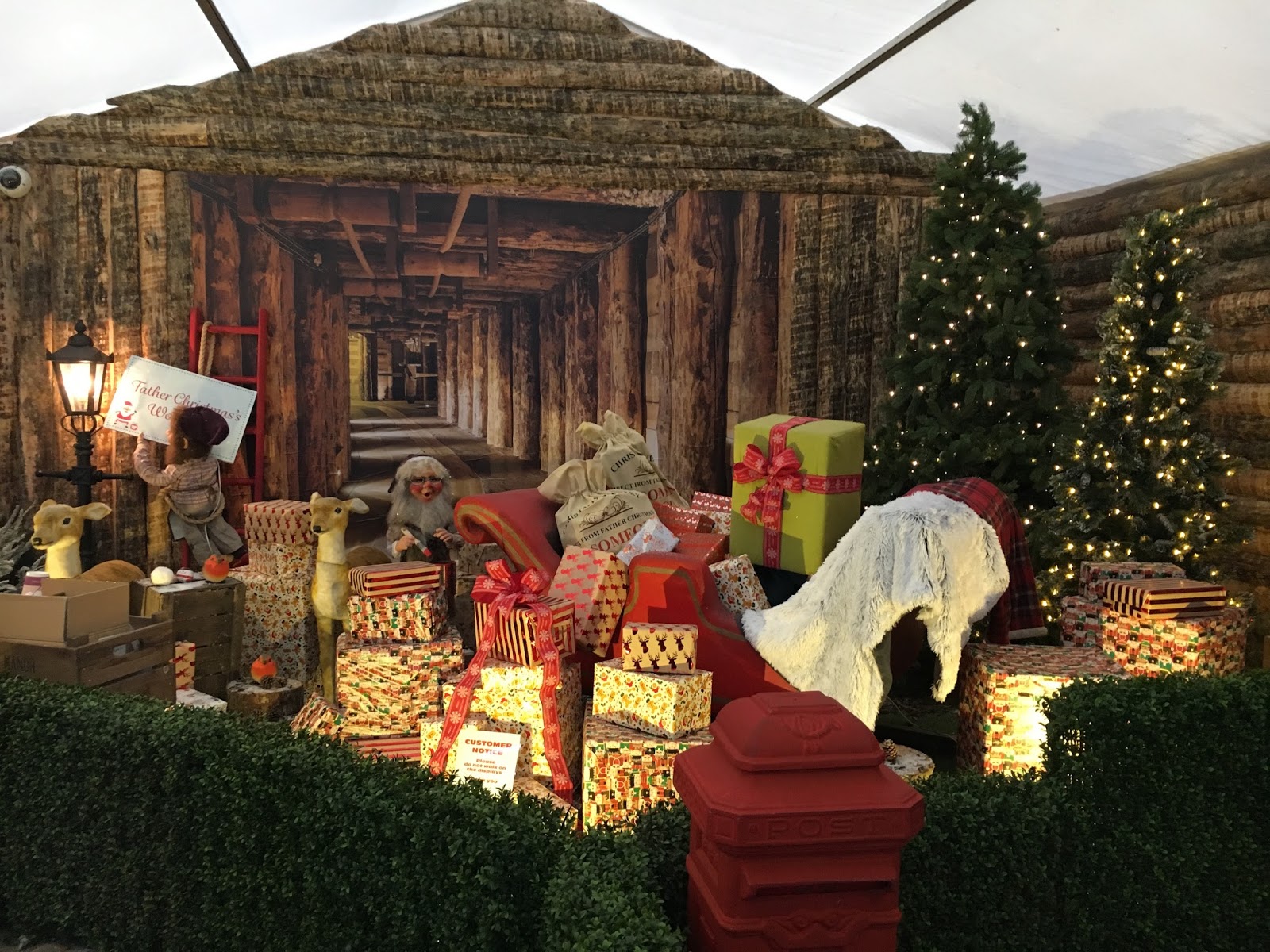 This year I decided to book the kids to see Santa at our local garden centre, Ruxley Manor. This will be Melis’ fourth Christmas and Luca’s second, although he was only 10 days old for his first Christmas, this year the excitement coming from my 3 nearly 4 year old has had me in the happiest of Christmas spirits and can’t wait to see their faces on Christmas day!

This was the children’s first trip to see Santa and Melis was very excited when I told her we was going to see him and straight away she knew what she wanted to ask him for Christmas. So the afternoon of the Friday 2nd December their little adventure to Santa’s Grotto began.

When we arrived we joined the queue, for the children and parents were taken inside in small groups according to the time slot you booked, as we entered Melis’ face lit up in amazement for the large Christmas tree and decoration displays. It felt so Christmassy even I felt giddy!

We were greeted by a lady Elf whom took us over to a snow ice bowling alley where the children where given soft balls of ‘snow’ to throw and knock over the bowling pins, this helped the children feel at easy and interact with each other, which I thought was so lovely. 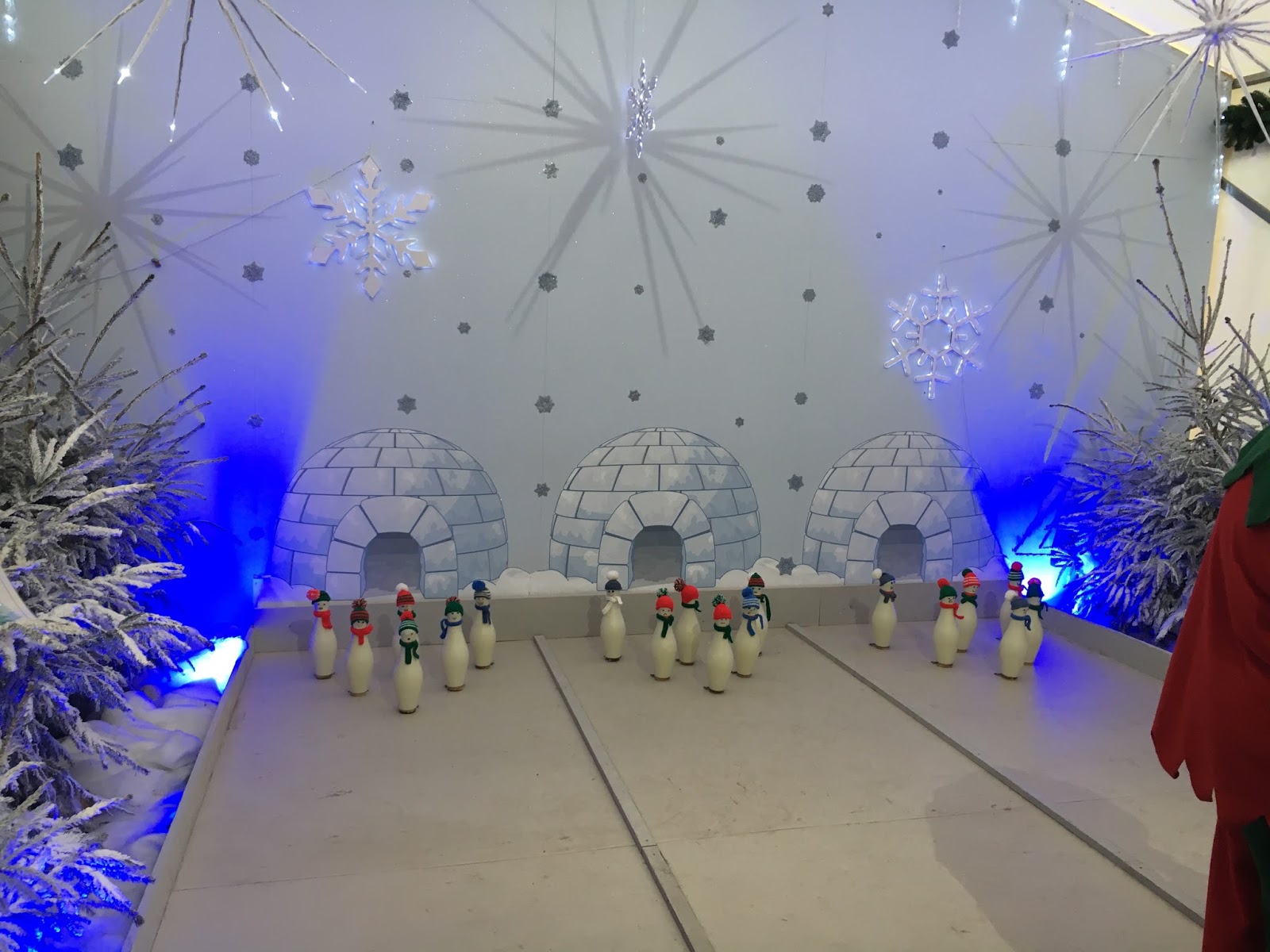 After the children played for 10 minutes we were then escorted by another Elf into the first room of Santa’s Grotto where the children sat along a table and was greeted by Mrs Claus. This was the next activity where the children were given a dust bag to create their own reindeer food for Christmas Eve which was accompanied by a little singalong which got the parent involved too. (At this point Luca still had no idea what was going on haha!) 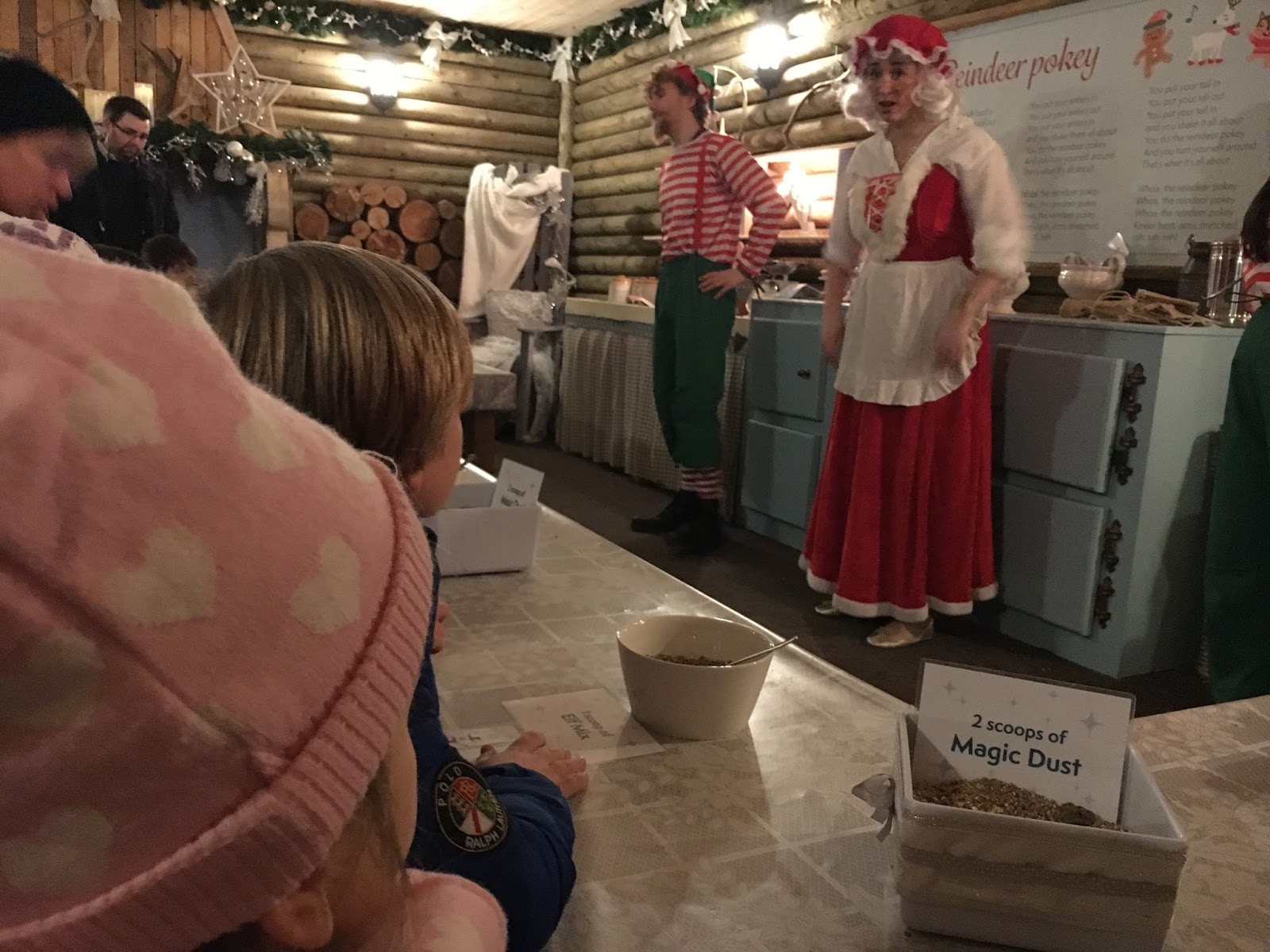 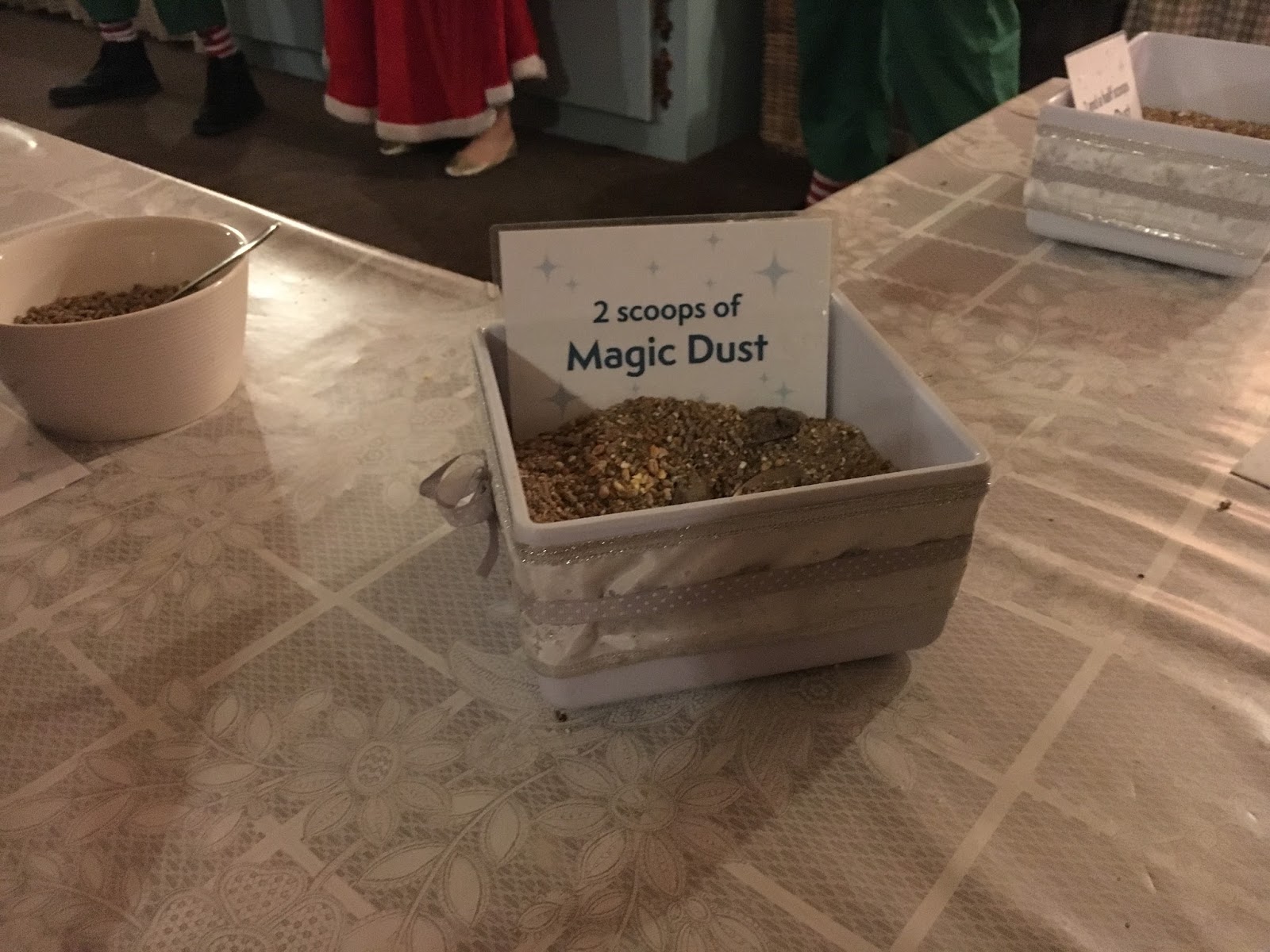 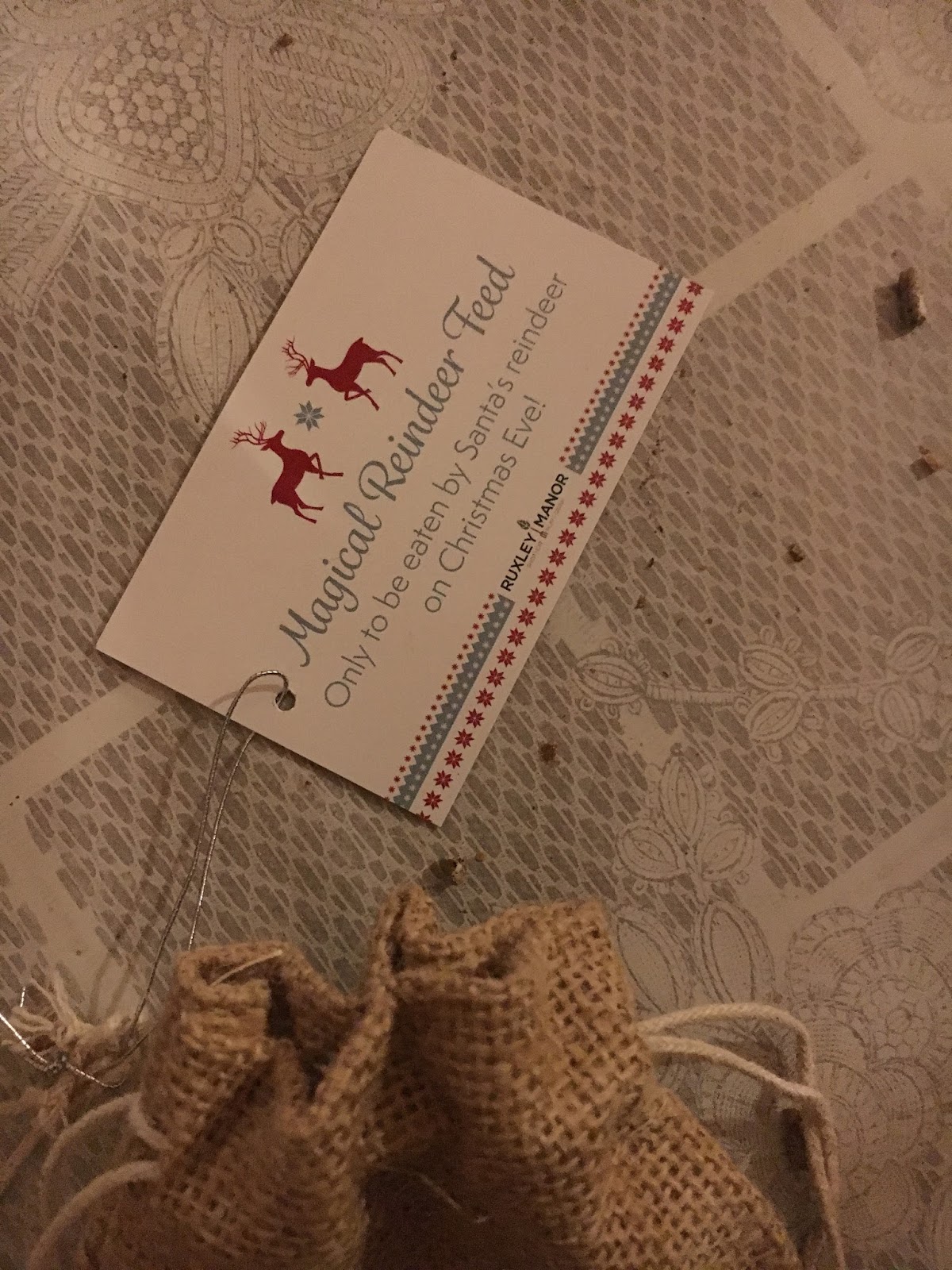 On to the next room the children were able to decorate their own christmas tree decoration while an Elf read a Christmas Eve story to introduce the next and finally room where they would met Santa. 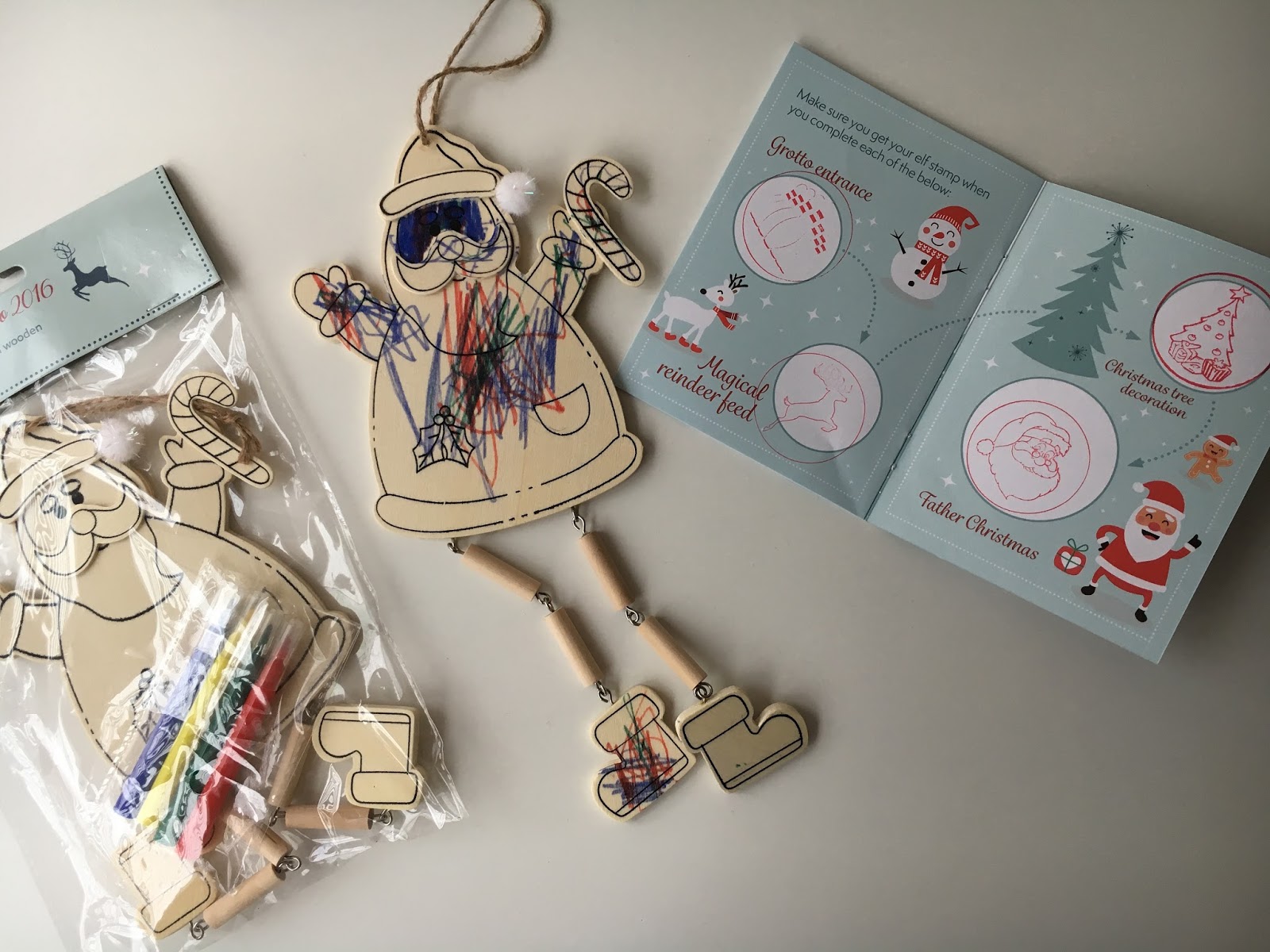 Unfortunately, in Santa’s room we wasn’t able to take photos but he was sitting in his large chair by the fireplace fast asleep and along with his little Elf helpers the children woke him and sang a song to encourage the presents to fall one by one for the children. Each child’s name was called and they would go up to Santa to recieve a gift, Melis got a Finding Dory rucksack and Luca a reindeer teddy bear.

Lastly, there was a family photo opportunity with Santa which is an amazing keepsake for me to show the children when they are older. 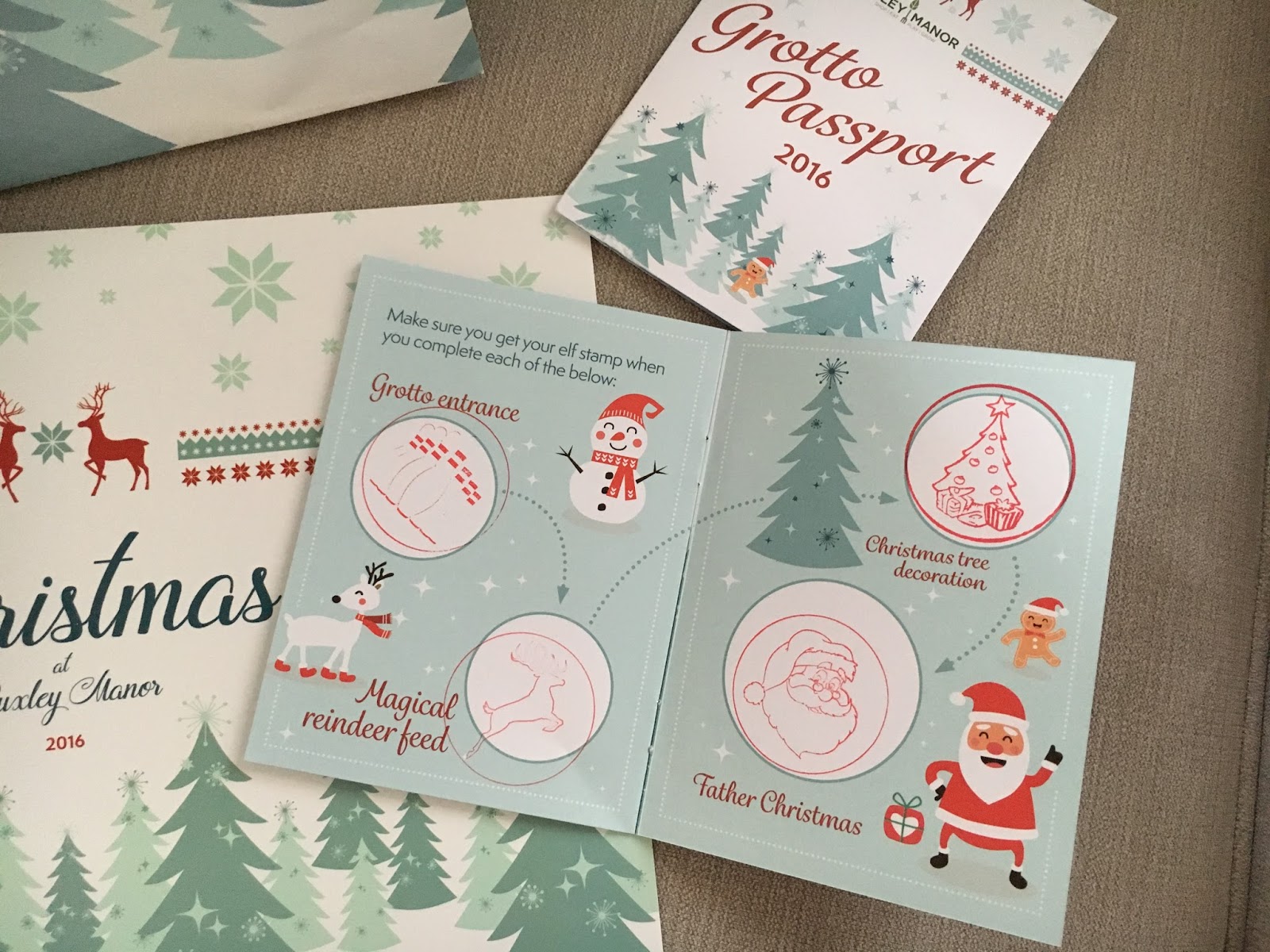 All in all we had a great time at Ruxley’s Santa’s Grotto. It really was such a lovely family afternoon out as we were able to browse the Garden Centre after, with all their christmas themes and live reindeers and even a little outdoor Christmas Market.

Have you taken your Children, Nieces, Nephews or Grandchildren to see Santa this year?